Your grocery store’s best money-saving secret is hidden in plain sight: The salad bar. Learn practical ways to save money by “shopping” the salad bar at your local supermarket. 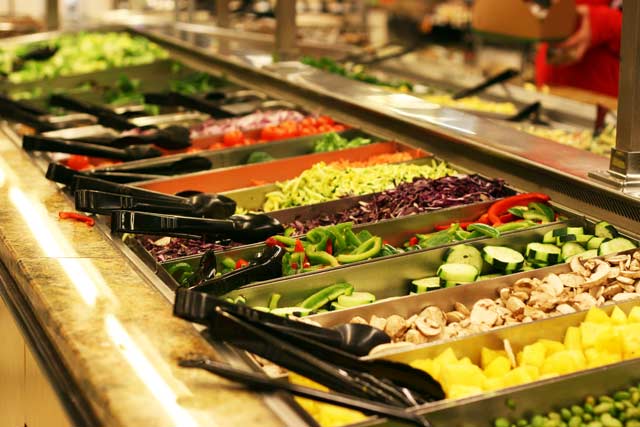 Anyone who’s spent any time reading my blog knows how often I use the grocery store salad bar when cooking. Not only is it super convenient – it also is a great way to save money on food.

Knowing a few tips and tricks, as well as which ingredients are cheaper at the salad bar than bought individually can help make cooking cheaper and less stressful.

Keep in mind that most of the items at the grocery store salad bar are marked up. However, there are some definite deals to be had.

The best way to use the salad bar for savings is to buy certain items you need for a recipe – not to eat a whole meal. For example:

Knowing which grocery store salad bar items are a good deal – and those that are marked up significantly – can help you save a lot of money.

What’s Cheaper (and What’s More Expensive) at the Salad Bar?

The percentage of savings listed below is based on a $5.99/pound salad bar. I have seen salad bars up to $7.99/pound, so use extra caution before filling up your container. This information comes from the September, 2011 issue of Food Network Magazine: