My all-time favorite stuffing contains a not-so-secret ingredient: applesauce. It adds the perfect amount of sweetness to the otherwise buttery, savory dish. 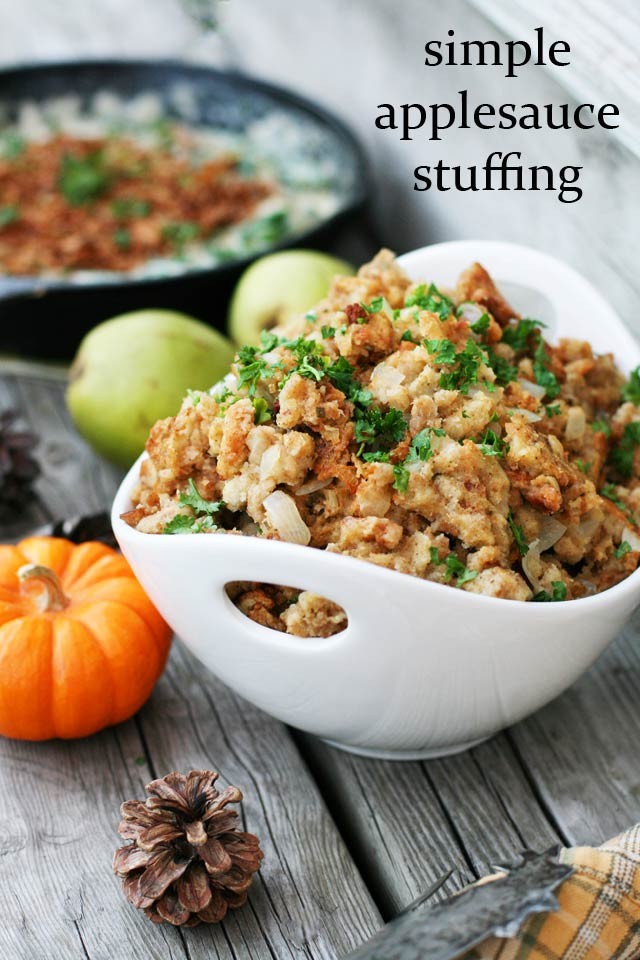 Stuffing is one of those foods that everybody makes differently, which makes it so fun.

There are thousands of great stuffing recipes out there.

I have been making it this way for years. Since high school, in fact. I worked as a waitress in the local diner, and the cook there added applesauce to her stuffing. It was fabulous. The best stuffing I have ever eaten.

Applesauce stuffing is a delightfully sweet/savory stuffing that has subtle apple favor thanks to the addition of applesauce.

The apple flavor is not overwhelming. Rather, it adds a hint of sweetness and apple-ness that blends so beautifully with the butter, sage, and parsley.

I have made some tweaks along the way, but I always add applesauce to my stuffing. It adds just the right amount of sweetness, blending beautifully with the other savory ingredients.

This stuffing recipe can’t be beat. It’s easy to make, budget-friendly, and crowd-pleasing. Give it a try.

Looking for some affordable Thanksgiving (and other special occasion) recipes? Here are some of my favorites: