Cheap Appetizers For A Party: A $10 Appetizer Spread 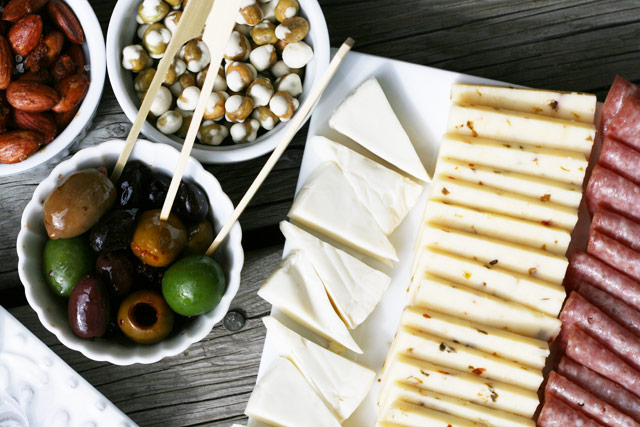 My friend Jill threw a fabulous wine tasting party this weekend. It was the perfect kick-off for fall, a gathering of friends, great food, and an impressive selection of wines.

Now I don’t know a lot about wine, but I do know a thing or two about preparing food on the cheap.

I wanted to challenge myself to do a super-cheap appetizer platter that tasted great – and cost less than $10.

What did I learn?

Appetizers and party food don’t have to cost a lot of money. It’s entirely possible to feed a group of people on a very limited budget.

If you’re throwing a party – or are asked to bring appetizers to a gathering – try putting together a platter of food using the suggestions below.

Cheap Appetizers For a Party: The Method

I had to shop around, visiting several grocery stores to score the best deals. ALDI, in my opinion, was the best store for finding cheap groceries:

By far, the best deal on the cheap appetizer platter was the homemade crackers. I really can’t think of a better value for your money than this recipe. A huge batch of crackers costs about 50 cents to make. I even had money left over to buy some fancy olives from the grocery store olive bar!

Here’s what I paid for each item: 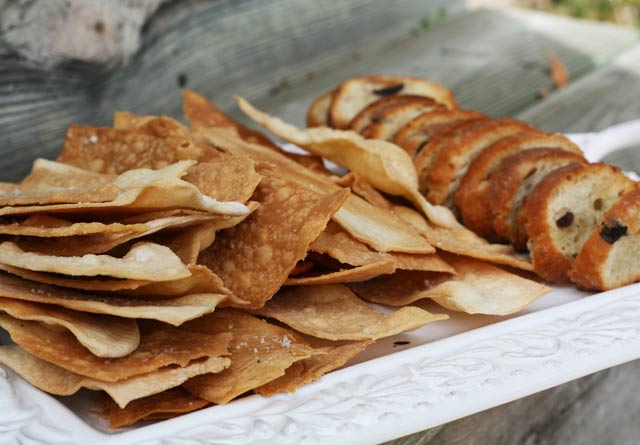 For those who are interested, two of the favorite wines of the night were Apothetic Red 2010 and Risata Moscato d’Asti.

New to Cheap Recipe Blog? Be sure to follow me on Instagram to stay up-to-date on new posts and happenings! 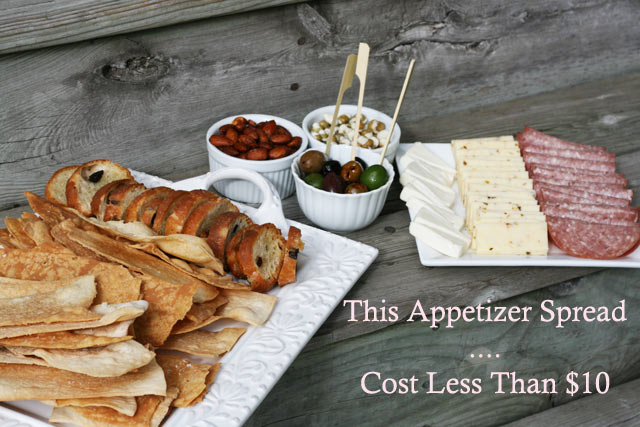 Check out my other post on creating a cheese plate for less than $10. 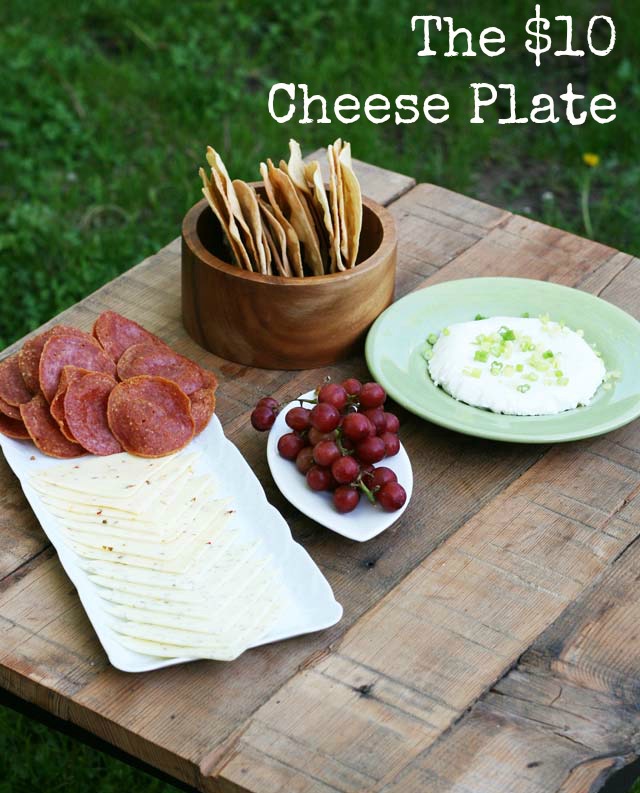 How To Create a Charcuterie Board On a Budget

Don’t overspend when you can create a killer appetizer board for less!

Is it possible to make an appetizer in less than a minute? YES!

Here are several easy appetizer recipes that take about 30 seconds to make each.

5 comments on “Cheap Appetizers For A Party: A $10 Appetizer Spread”