These pumpkin hand pies are a great fall treat. Refrigerator pie crust rounds are filled with a thick homemade pumpkin paste, and baked until golden brown.

It wouldn’t be fall without at least one pumpkin recipe. And this one is a winner.

How To Make Hand Pies

Hand pies are mini pies that are baked flat instead of in a pie tin. They are hand-held and filled with either sweet or savory ingredients.

The easiest way to make hand pies is with refrigerated pie crust. This pie crust tends to be easier to work with than homemade pie crust. But you can use either.

Here’s the process, in a nutshell (scroll down for detailed recipe):

How To Make The Pumpkin Filling

These hand pies are filled with a thick pumpkin paste, or pumpkin compote.

It’s easy to make, but does require the finicky task of peeling a pumpkin:

Note: Using traditional pumpkin pie filling is not recommended for these hand pies. The batter is much too runny. This pumpkin paste is ideal because it’s thick – not runny. 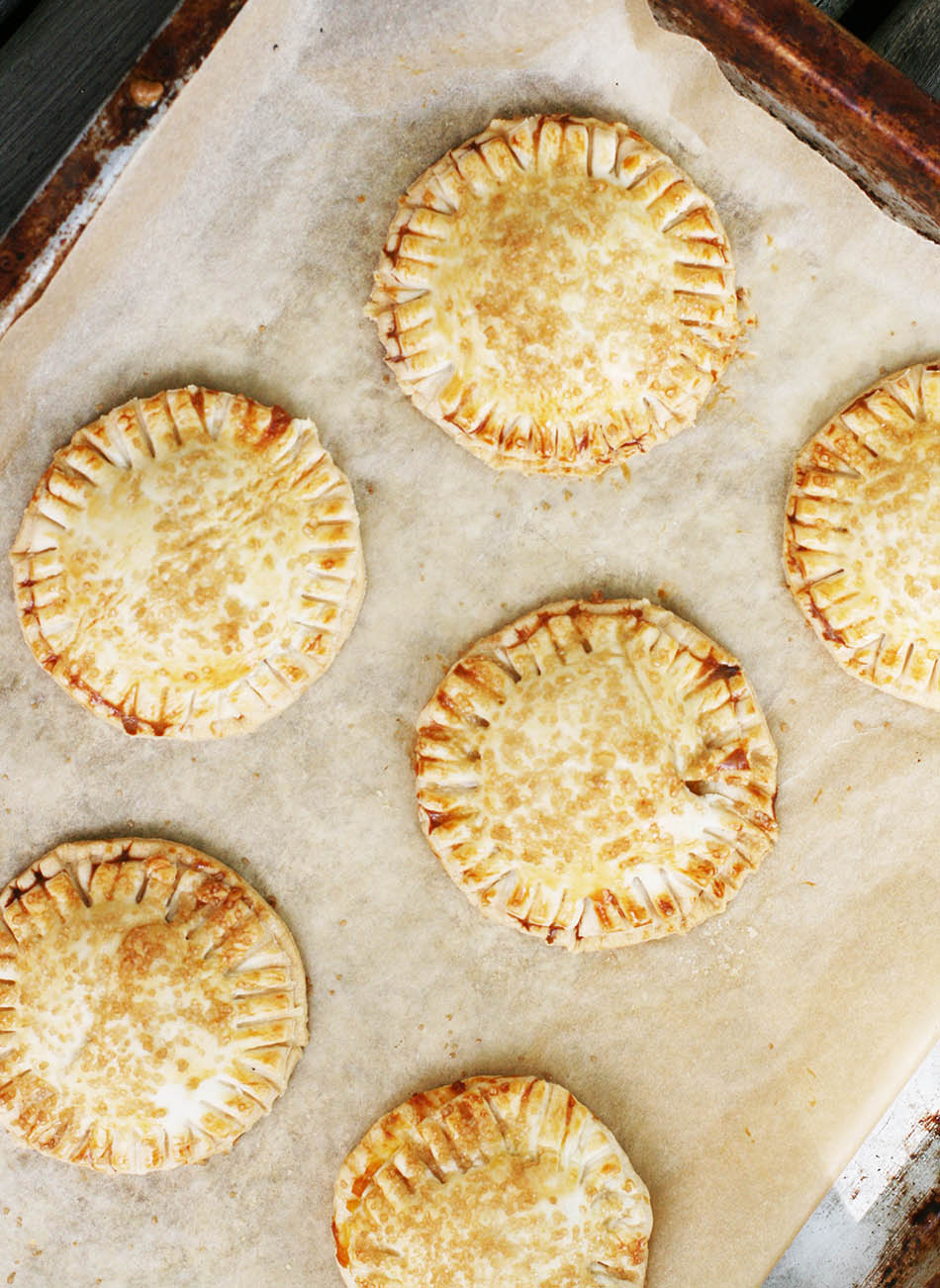 Although you can make homemade pie crust for these hand pies, I find it much easier to use ready-made refrigerator pie crust.

It’s as simple as unrolling the thawed crust, cutting circles, placing filling in the middle of one circle, and topping it with another and sealing the edges.

Refrigerator pie crust is inexpensive: About $3.00 for a package of 2 crusts.