Get your Waffle House hash brown fix at home. These extra crispy hash browns are topped with a variety of ingredients and are hearty enough for a meal.

For the most part, I love living in Minnesota. The four distinct seasons; the Minnesota State Fair; the 10,000+ lakes; the state parks.

But there is nothing like the feeling of driving south (or hopping on a plane and heading south) and seeing the first glimpse of a Waffle House sign.

It makes me so happy.

If you’re from the south, this probably isn’t a big deal to you. But for many of us northerners, the 24-hour, affordable, breakfast-anytime allure of Waffle Houses draws us south.

Make her own Waffle House copycat recipes at home, of course!

If you’re not familiar, you can order hash browns at Waffle House any of the following ways:

The concept is simple and easy to recreate at home: Make hash browns (extra crispy, of course), prepare toppings, place toppings on the fried hash browns, and serve.

There are so many hash brown topping options – more than what’s on the menu at Waffle House. Here are some ideas: 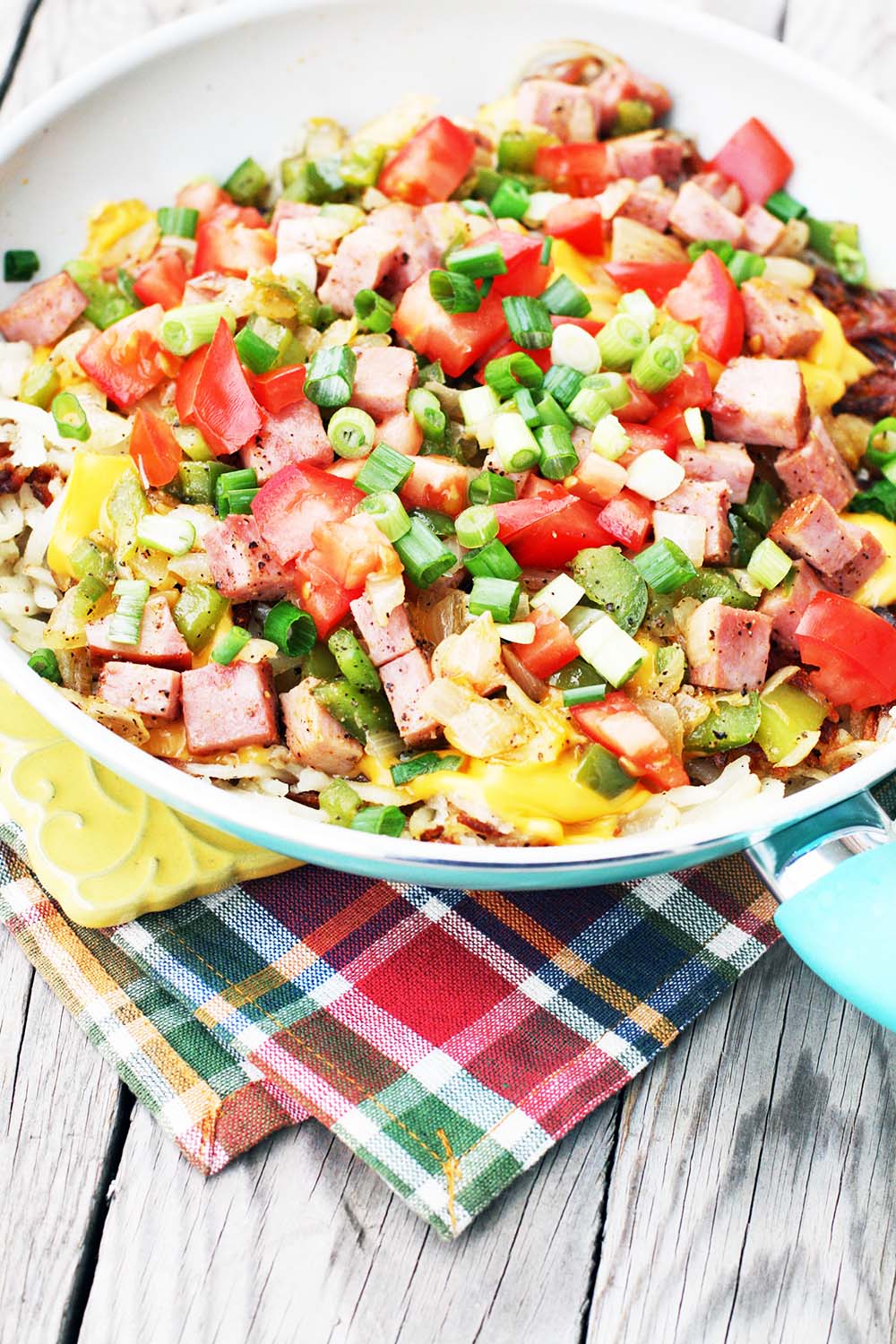