Every family seems to have its own spin on traditional Norwegian potato dumplings. This is my family’s version: A recipe we have enjoyed for generations.

Today, I’ve got a killer recipe to share with you: Potato dumplings.

I never used to appreciate potato dumplings, but in recent years I have grown to love them. This is perhaps because my mom is crazy about them.

Excitement about particular foods can be contagious. 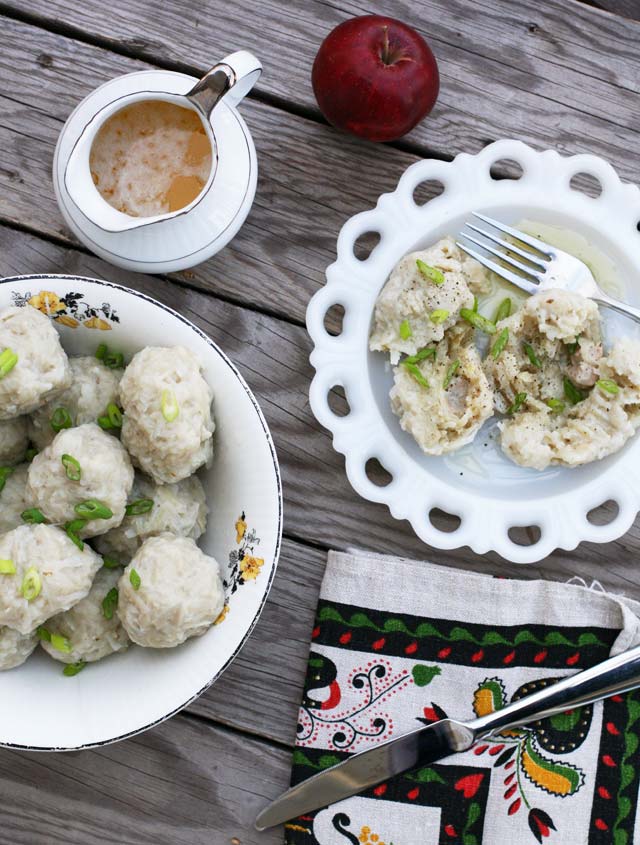 What Are Norwegian Potato Dumplings?

Norwegian potato dumplings (potet klub) are made from a mixture of grated potato, flour, and egg. A piece of pork is placed in the center of each dumpling, and then they are boiled for about 30 minutes.

The dumplings are served with LOTS OF MELTED BUTTER, salt and pepper.

I like topping mine with a few fresh herbs, namely parsley and green onion.

Oddly enough, these potato dumplings call for the same ingredients as gnocchi: Potatoes, flour, and eggs. I wouldn’t say they taste like gnocchi, but the texture is similar. The biggest difference is that gnocchi is made with cooked mashed potatoes, and the dumplings are made with raw, grated potatoes.

How does your family make it? I have learned that there are a million different variations on potato klub. See comments below for a great variety of reader variations. 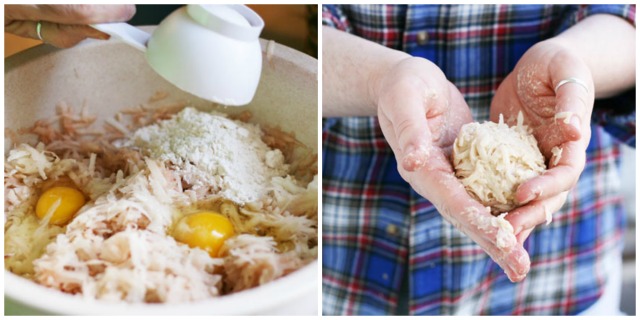 I make potato dumplings about once a year, usually for Syttende Mai (Norwegian Constitution Day) which is celebrated in my hometown.

I am lucky to get help from my mom when I make them – she is happy to help out and expedite the process!

They’re not particularly hard to make, but they are a bit messy. You have been warned.

Get the other traditional Norwegian recipes:

These recipes are naturally cheap because they use common ingredients in creative ways. The dumplings are extremely cheap – right around $3.00 for the whole recipe that feeds four or five people.

I even found a boxed mix for old-fashioned Scandinavian potato dumplings. Has anyone tried this? 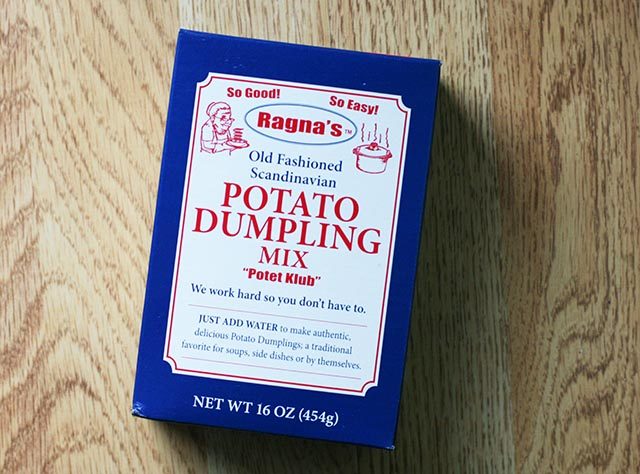 If you make any of these recipes yourself, please share a photo with me! I would love to feature it on my social media channels.

Also, be sure to stay in touch by following Cheap Recipe Blog on Instagram!