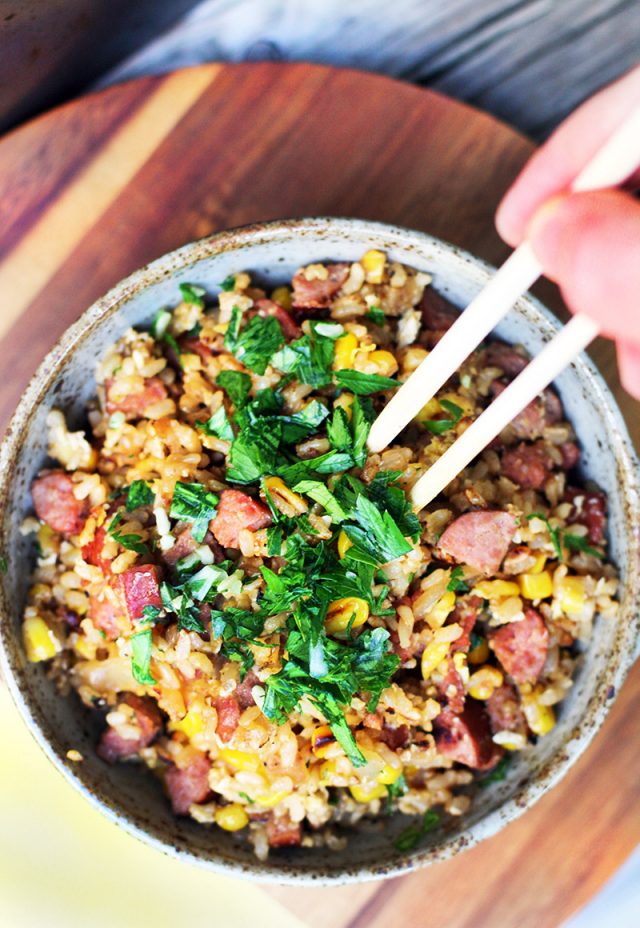 This fried rice came together on a whim, while inventorying my fridge and freezer. I had:

These ingredients screamed fried rice – and I happened to have everything else I needed to create the dish.

The meat: I like adding meat to fried rice, and this ring bologna turned out to be a delicious choice. If you don’t have ring bologna on hand, you can substitute chicken sausage, kielbasa or another type of pre-cooked sausage. Ring bologna is a budget-friendly option. I used half of a package that cost $3.98.

About the rice: I always make fried rice using packets of frozen rice from Trader Joe’s. Using cold or frozen rice (as opposed to warm rice) makes all the difference when making fried rice. The rice gets crispy and not mushy.

Quick dinner recipe: This recipe takes less than 30 minutes to make. If you’re really efficient in the kitchen, you can probably have dinner on the table in 20 minutes! 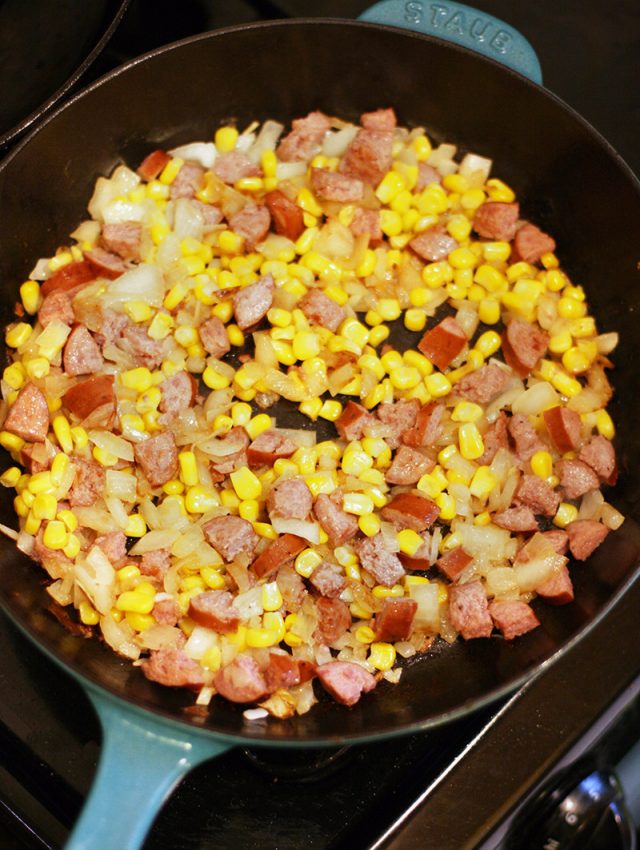 What else can you do with ring bologna?