I couldn’t call myself a true Minnesotan without having one or two solid hotdish recipes up my sleeve.

If you’re not familiar, “hotdish” encompasses a range of oven-baked dishes, mostly pasta or rice-based. You may call it casserole where you’re from.

Hotdish can contain various types of meat and vegetables, often flavored with canned soups. Hotdishes show up en masse at church potlucks here in the Midwest.

About The Recipe: Ring Bologna Hotdish

This hotdish recipe is one my mom has been making for decades. There’s nothing fancy or complicated about it. It’s a hearty weeknight meal that will easily feed five.

We love the ring bologna in this hotdish. Feel free to buy traditional or turkey ring bologna – both taste great in this dish.

Hotdish is perfect for the colder months of the year, when it feels good to pre-preheat your oven to keep the kitchen extra toasty warm.

If you’re cooking for a large group and looking for something that doesn’t cost a lot, hotdishes are your golden ticket. I hope you enjoy this recipe as much as my family has over the years!

I like cooking with ring bologna because it’s pre-cooked and can quickly be added to all types of recipes.

If you’re looking for more budget-friendly Midwestern hotdish recipes, you’ve come to the right place. Here are some of my family’s favorite hotdish recipes:

Also, I’ve compiled a list of 30+ hotdish recipes for even more hotdish inspiration!

We’d love to see it!

Cheap Recipe Blog is a participant in the Amazon Services LLC Associates Program, an affiliate advertising program designed to provide a means for sites to earn advertising fees by advertising and linking to Amazon.com.
Main course Recipes

Get new posts via email: 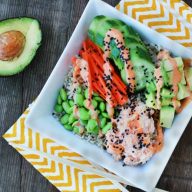